DOCUMENTARY
Come to My Home 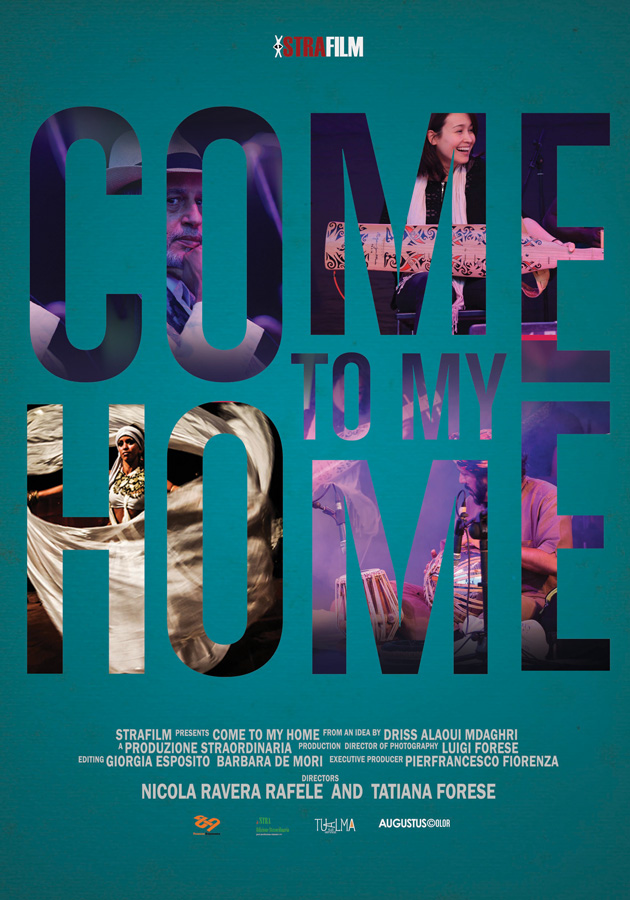 In this film the reporting of the festival interweaves with the life of its creator, and it goes as far as to deal with twentieth century history, the relations between Europe and the Muslim world, migration, terrorism, wealth and poverty, the meaning of political commitment and the role of the artist in contemporary society.

A festival unique of its kind, inviting musicians and poets from all over the world to live and create together. This is Come To My Home, which is on its sixth edition. While we talk about the festival, we will also talk about its creator, Driss Alaoui M’Daghri.

For many years, Driss Alaoui M’Daghri was a politically engaged intellectual. He has been a minister in four governments in Morocco, than he has decided to devote himself to art, founding Come To My Home, an itinerant music, poetry and visual arts festival, of which there have been six editions so far.

In this film the reporting of the festival interweaves with the life of its creator, and it goes as far as to deal with twentieth century history, the relations between Europe and the Muslim world, migration, terrorism, wealth and poverty, the meaning of political commitment and the role of the artist in contemporary society.

In Driss’ personality the sensibility of an artist, the awareness of a witness of a historical period and the interest of a politician are combined together. These three souls, in the last part of the film, make him take a stand in this ever changing world and make an appeal for peace, brotherhood and comprehension among the nations. And peace, as Come To My Home shows, can only be reached through art.

Come To My Home has arrived at its sixth edition. It started in Casablanca, from an idea by Driss Alaoui M’Daghri, Moroccan poet, intellectual and former minister. This format has travelled up to Marrakech, Bejaad, Lucca, Boskoura, and Rome. In each city, artists from every continent were invited to create music, words, pictures and concepts together. In each city a different theme was chosen, as an inspiration to guide this shared journey. During each edition, new activities were added: cooking workshops, nights spent studying the stars, bird watching, classes for kids to study Indian percussion instruments or painting. In the course of the years, a permanent orchestra has been assembled for Come To My Home. Badara Seck, a Senegalese griot singer, has organised and conducted it. He has called musicians from all the world to create a universal language, which would be a musical language not limited by any difference in nationality, styles and genres.

In the first part of the film we tell these stories. The stories of musicians (many of them are interviewed), the evolution of Come To My Home throughout the various editions. Our “Virgil”, the one who leads us, is Driss Alaoui M’Daghri.

Driss experienced twenty years of Moroccan politics personally: he has been minister four times, then he became spokesman for the government. At the end of the last century he decided to quit as a politician to dedicate himself to poetry and music. As he says, “I tried to work for peacethrough the instruments of politics, but then I understood that only art could bring people close to each other.

So, during the long interview that is the backbone of our narration, Driss starts talking about himself. The anecdotes and the stories are superimposed on the narration of the festival. Driss recalls the independence war against the French in 1955, the attempted coup d’etat by Shkirat – on that occasion he was there, with the king, when bullets started flying. While the story goes on, our film changes its nature and gains a new dimension. Not anymore the account of a musical and poetical event, but the report of an existential journey. What experiences, what reflections, what inner needs drove Driss to quitting a safe career to follow this kind of crazy dream: to work for peace by reciting verses. In the last part of the film, the reflection becomes even more complex, adding one more dimension to the others. Driss speaks about his land, Morocco. And then about Africa, Europe, and the world that is changing and risks exploding. His speech becomes a keen condemnation of the conflicts that are turning us away from a perspective of peace. While we listen to the protagonist of this story ponder, analyse, discuss, argue, music is a constant counterpoint. A splendid collective execution of the Hebrew prayer “Shalom Aleichem”, a jazz quartet playing in a villa in Lucca(Italy), a percussion solo inside a salt mine, an African chant, a string quintet. Every element harmonises in an emotional story. The archive images dominate the second part of the film, from the independence of Morocco to the tragic pictures of the emigrants that risk their life in the Sicily channel. It is here that the long reasoning by Driss Alaoui M’Daghri arrives. The completion of the journey. The point of arrival. A new edition of Come To My Home in Lampedus, to perform among the emigrants and sensitise people to a theme: is it possible to imagine a world without frontiers?

From the beginning, we thought of Come To My Home as a film that would go beyond the mere account of a musical festival. It was meant to be the report of an existential journey. We also meant to place the emotions before the documentation. This is why we decided not to split it in editions, to avoid trapping it in a chronological cage. We preferred to mix things, to overlap people’s speeches, willingly creating, in the editing, a logical short circuit, letting the viewer be overcome by the emotions stirred by music and poetry. Also, the long speech by Driss made us focus on the political, ideal and human aspect of the story. 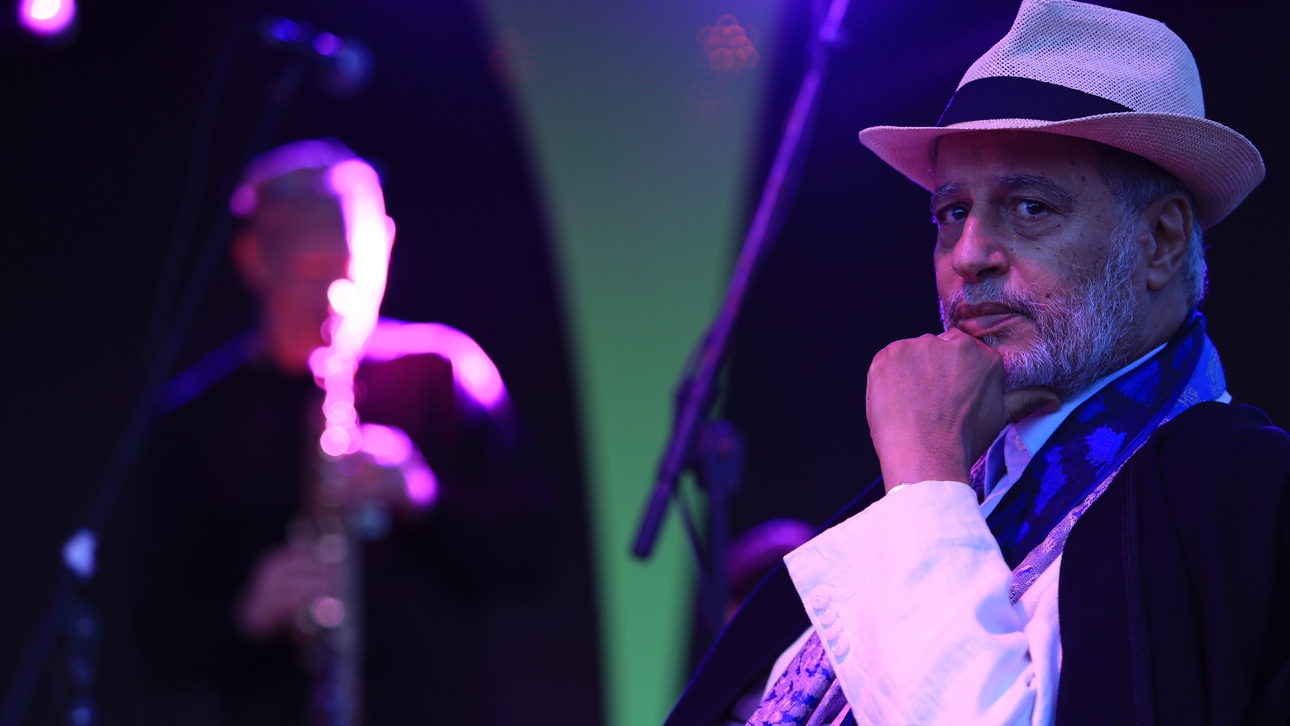 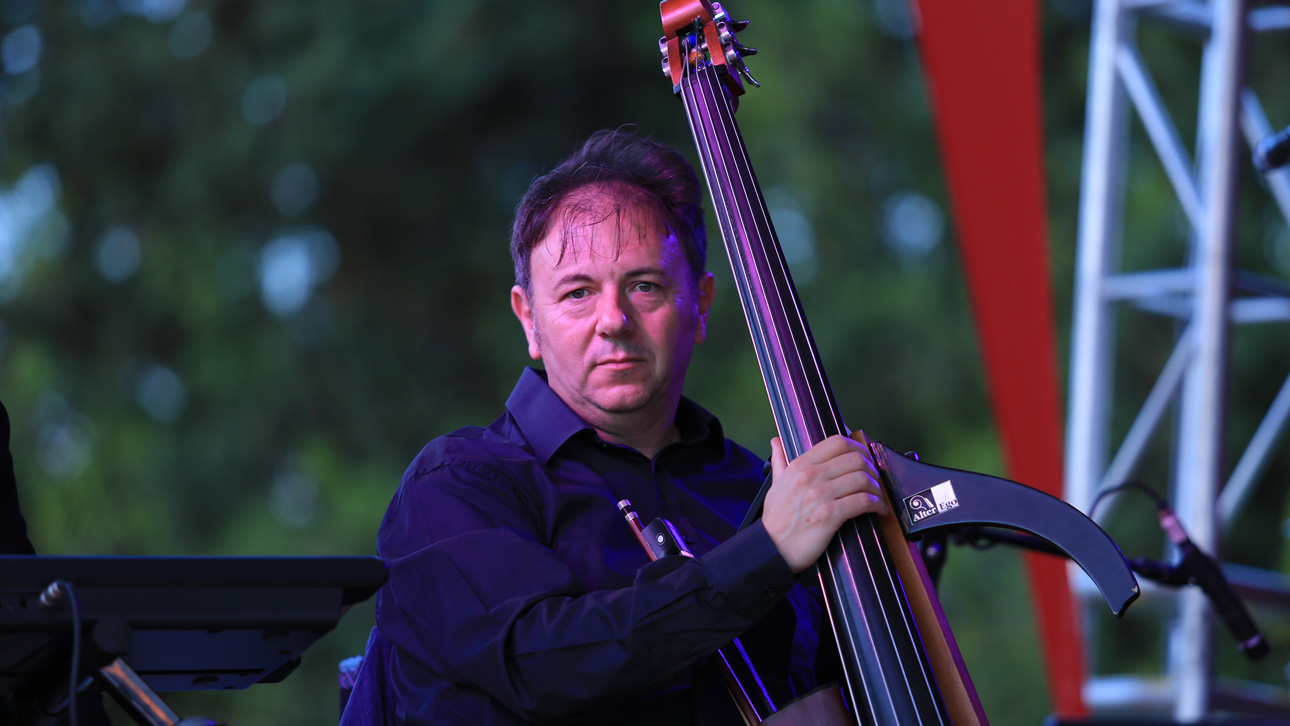 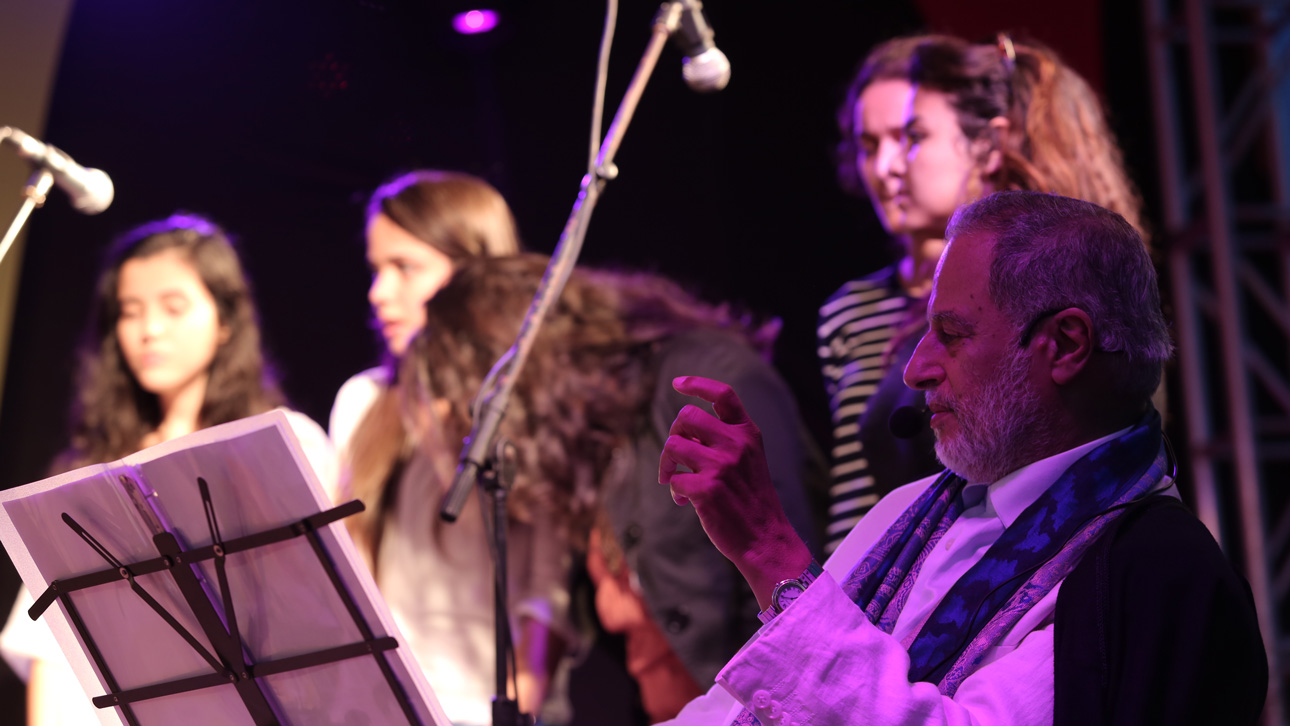 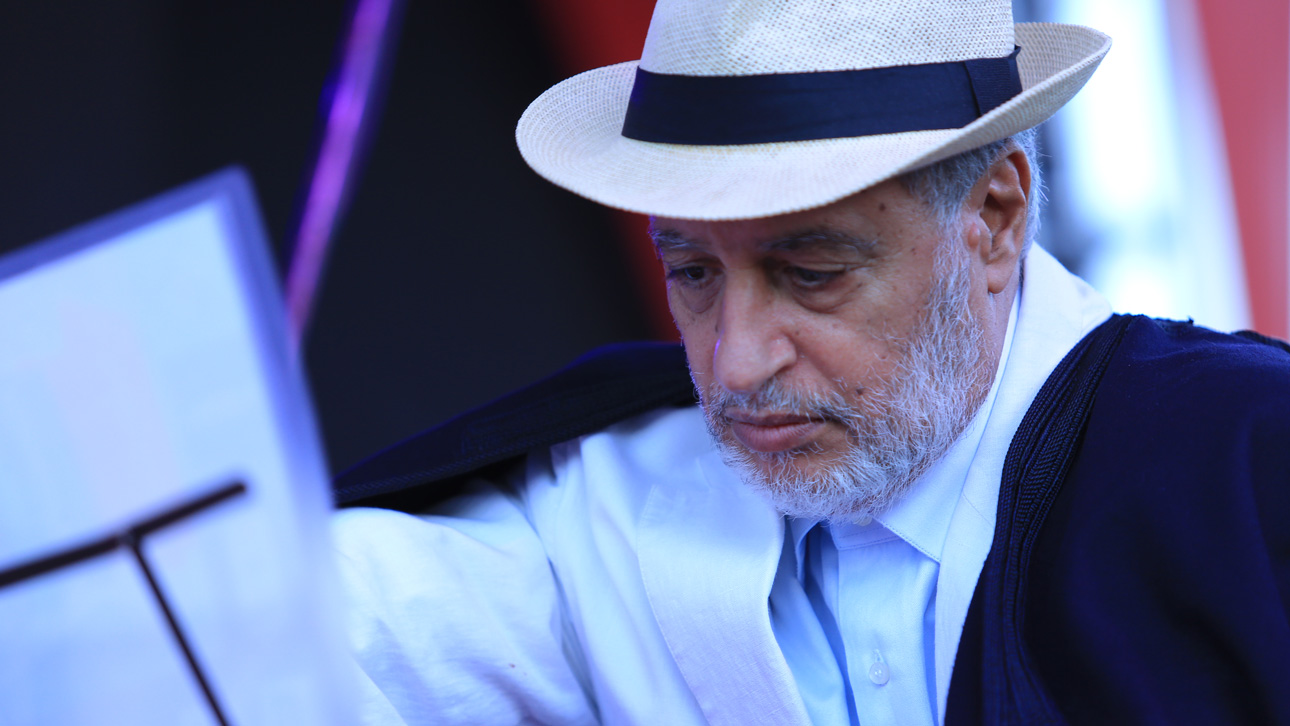 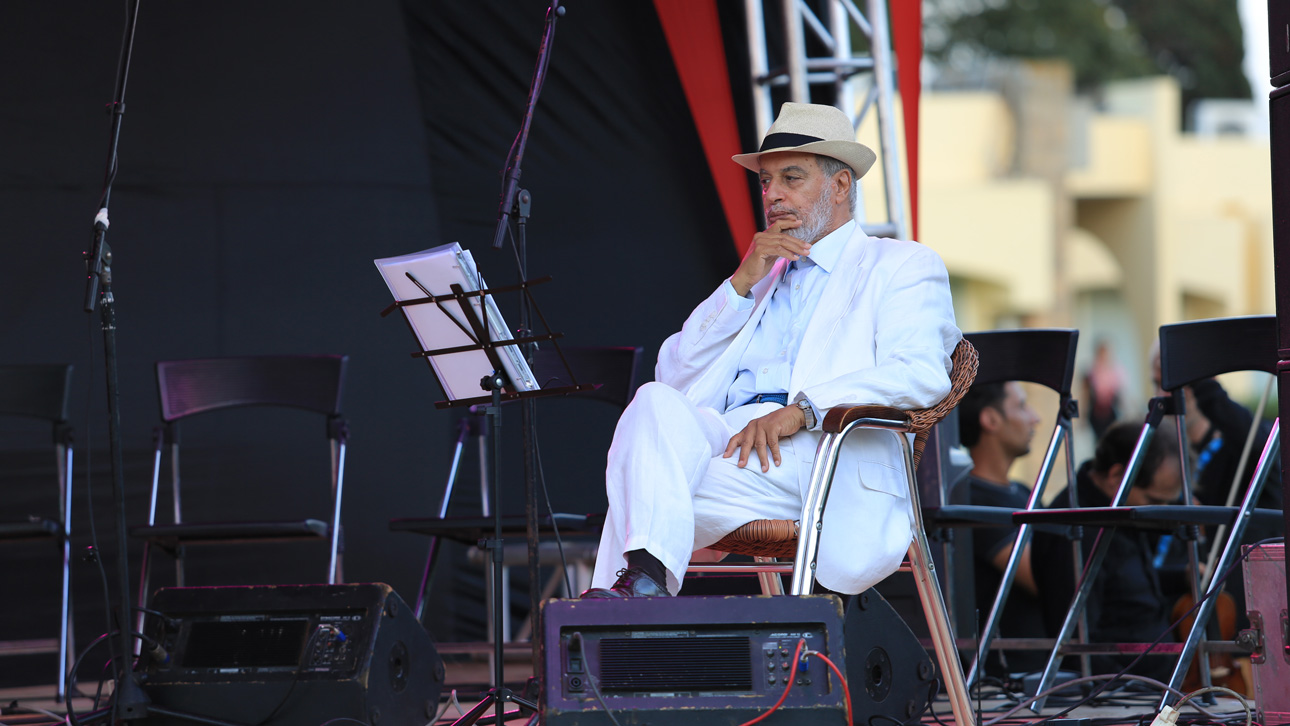 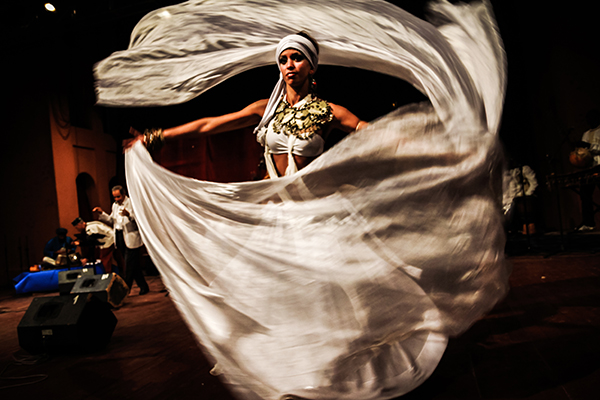 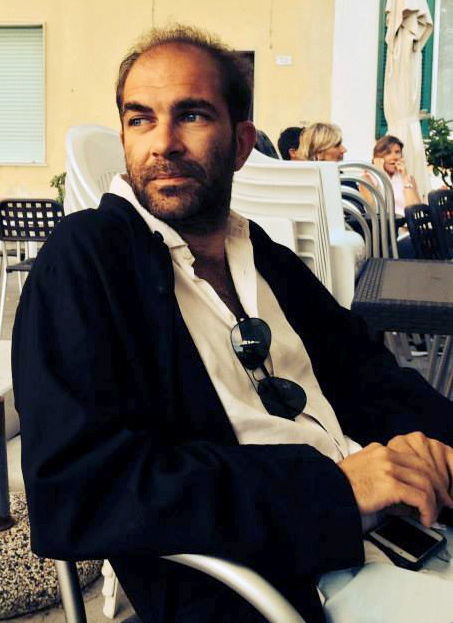 He has been a TV screen writer. Among other works, RIS,Zodiaco, Codice Aurora, Ovunque tu sia, Mori – Il prefetto di ferro. He has written three novels: “Infatti purtroppo “(Theoria),  “Ultimo Requiem” (Longanesi), the third one is going to be published.

Since 2010 he has been responsible for the scheduling for the Kino cinema, in Rome. 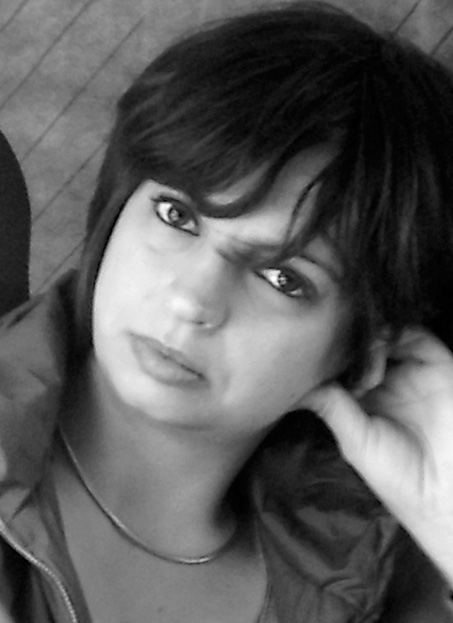 She graduated from “La Sapienza” University of Rome (Italy) with a degree in Arabic Language and Civilization.

In 2009 Tatiana opened her own production company in Casablanca and since that time she has produced several documentaries and short films. She has participated in all editions of “Come to My Home” festival. 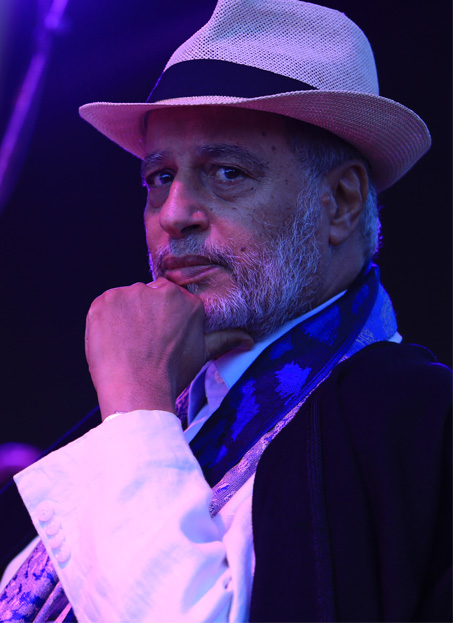 Born 21 June 1944 in Fez , is a poet, an academic, and a politician, he was minister several times in various Moroccan governments.

On 17 July 2009, he became president of the Committee for Economy General Confederation of Enterprises of Morocco (CGEM) in team Mohamed Horani. 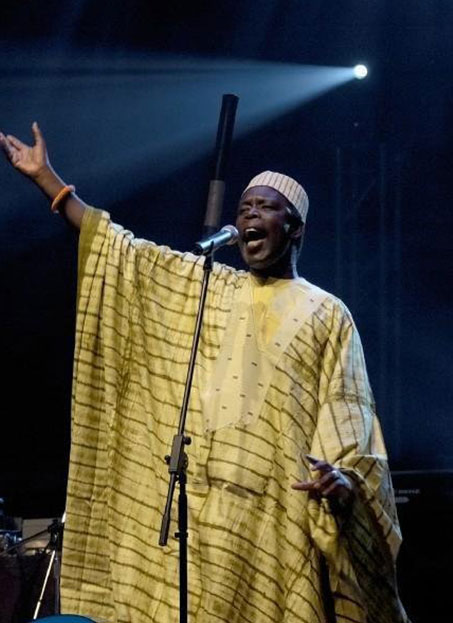 Senegalese singer and composer from a Griot family. He has traveled the world and participated in numerous festivals, international and Italian, working with world-renowned artists.

He has also performed with his group Penc in numerous concerts. His songs and his musical projects are outstanding examples.